Spotted this in the Washington Post. Apparently, employees of the company were surprised with bonus checks that averaged $50,000 but maxed out at $270,000.  Better yet, the amount was based on seniority.

My first thought: “How soon can I apply?”

As the article says, the bonuses were “life-changing”.

The article says that the bonus was in recognition of reaching a goal set 14 years previous, to double the size of the business.

It’s nice to hear that this senior manager understands the value of the people working for him and believes they should be rewarded for their work.

But obviously, that big cash award didn’t play any role in the work it took over the prior 14 years to reach the goal.

I’d be curious to see if, during the 14 years they were working toward the goal, the management team used the philosophy of “many mini” goals.

Research by Edwin A. Locke and Gary P. Latham revolutionized goal-setting theory.  Among the takeaways are that setting sub-goals, or “many mini” goals, and feedback lead to higher performance.

So, I’d bet that the management team did just that. They set an ambitious goal 14 years ago. But they set many sub-goals. They gave feedback on the performance regularly and rewarded the achievement of those sub-goals.

And 14 years later they had a lot to celebrate. 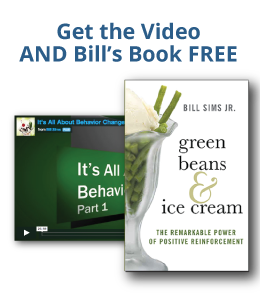 Finally, the smoke begins to clear on Safety Incentive programs … or does...
Scroll to top